You are here: Home / Archives for Eggplant

Are you carnivore? Yes, yes, yes, if I have to choose between a steak and a fish, the steak will be the winner for me. My naked plate will be filled with juicy meat.

Today we made our annual trip to abattoir or slaughterhouse for choosing a lamb for sacrifice. Lamb because we shared it with other if you sacrifice for yourself you can take goat, some sacrifice cow or camel. The meat from the sacrifice of Eid al-Adha (Arabic: عيد الأضحى‎ ‘Īd al-’Aḍḥá) is mostly given away to others. One-third is eaten by immediate family and relatives, one-third is given away to friends, and one-third is donated to the poor.

I made short video clip for you to see what happens there at abattoirs. Normally one can sacrifice on any three days of Eid al Adha. We went today to Bur Dubai slaughterhouse in Al Shindagha (Arabic: الشندغة‎). It’s open all year around, but obviously it’s high season on these days.

At first we chose the lamb, there was more goats than lambs available, ballparked it’s condition (they are also pre-checked), haggled from 1200 AED to 1000 AED (last year 750 AED), paid the lamb, went to window to pay 15 AED for slaughter and 10 AED for cutting, lamb was marked and went for queue to meet it’s end…Al Adha and finally ended to yellow plastic bag.

Holidays become meaningless when their original purpose is forgotten. In such instances, the holiday becomes merely an occasion for festivity and indulgence, don’t you agree? By all means this is not religious post, but you need to know what is meaning of Eid Al Adha.

O my son! Surely I have seen in a dream that I should sacrifice you; consider then what you see. (As-Saffat 37:102)

Isma`il replied: O my father! Do what you are commanded; if Allah please, you will find me of the patient ones. (As-Saffat 37:102)

At the last split second, Allah interrupts the sacrificial process. He, the Exalted, intervenes saying,

Moral of the story: Ibrahim passes the test and a ram was substituted for sacrifice in place of his son. Thus, the father and the son became role models for true Muslims; those who fullfil Allah’s will before their own. Ibrahim, after waiting for so long for an heir promised by Allah, is now required to sacrifice him. Isma`il, on the other hand, was asked to make the supreme sacrifice; his own life. “It is not their meat or their blood that reaches Allah; it is your piety that reaches Him.” (Qur’an 22:37)

The symbolism is in the attitude – a willingness to make sacrifices in our lives in order to stay on the Straight Path. Each of us makes small sacrifices, giving up things that are fun or important to us.

Butchery can be heartbreaking for some animal lovers, but some might forget the truth from where the meat comes and how it ends…well if you are carnivore, the meat eater, you should not 🙂
To end the story with happy (=food) note, I am adding here a classic lamb recipe from Morocco with pretty pictures.

This is the authentic Moroccan recipe for Lamb & Aubergine (eggplant) Tagine as it is traditionally prepared at home. I got the recipe from Food Artisan Dima Sharif at Food Photography and Styling Workshop at Dubai on October. Dima suggests for the healthier version of this tagine, to grill the eggplants instead of frying. Brush sliced eggplants with oil and grill them until golden brown. Also trim visible fat from meat.

Method:
Slice aubergines and salt them all over. Leave to drain for 1-2 hours in sieve. This will reduce bitterness of aubergines.

Meanwhile rub the lamb with ½ tsp of salt and place in a medium pan, leave for 5 minutes. Add 1 tbsp of olive oil to the meat, and place the pan over medium heat and stir about minute. Add saffron, ginger and ground coriander, stir to coat. Add 50 ml of water and stir scraping the bottom. Reduce the heat to low, cover and simmer for 1 hour, or until meat is very tender (check the water level frequently, you may have to add 3-4 tbsp hot water throughout)

While meat is cooking, put ½ tbsp olive oil in a frying pan together with crushed garlic, cook stirring over medium heat until translucent, but not browned. Add chopped tomatos, stir to mix with olive oil and garlic. Simmer, stirring for 2 minutes. Add paprika, continue simmering and stirring occasionally until almost all the liquid has evaporated. Stir in turmeric, cumin, ½ tsp olive oil, chopped parsley, chopped coriander and sugar, mix well. Leave to simmer until the mixture reaches a thick consistency.

Back to aubergines. Thoroughly rinse the salted aubergines, gently squeeze out the excess water and dry slices between kitchen towels. Heat some oil in shallow frying pan until hot but not smoking. Fry aubergines on both sides until golden brown. Remove from oil and drain over several folds of kitchen paper towels. Leave to cool to room temperature. Drizzle the fried aubergines with lemon juice, and mash slightly with fork to incorporate juice.
Place slightly mashed aubergines on to the meat top with tomato mixture, cover and simmer for 1o minutes for all flavors to marry. Shake the pan often, but do not stir. 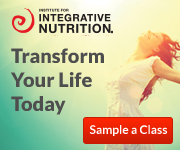 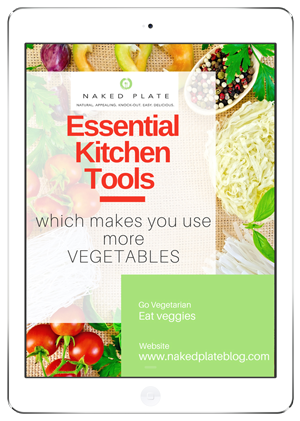